Since it’s discovery in the late 1990s, Myostatin has been touted as the Holy Grail of muscle growth and physique enhancement. Animals that have a naturally occurring mysostatin deficiency have dramatically enhanced levels of muscularity and lower levels of fat compared to their normal counterparts.

Take a look at this picture of a Belgian Blue cattle – a variety with a natural myostatin mutation. As you can see, it’s hench! 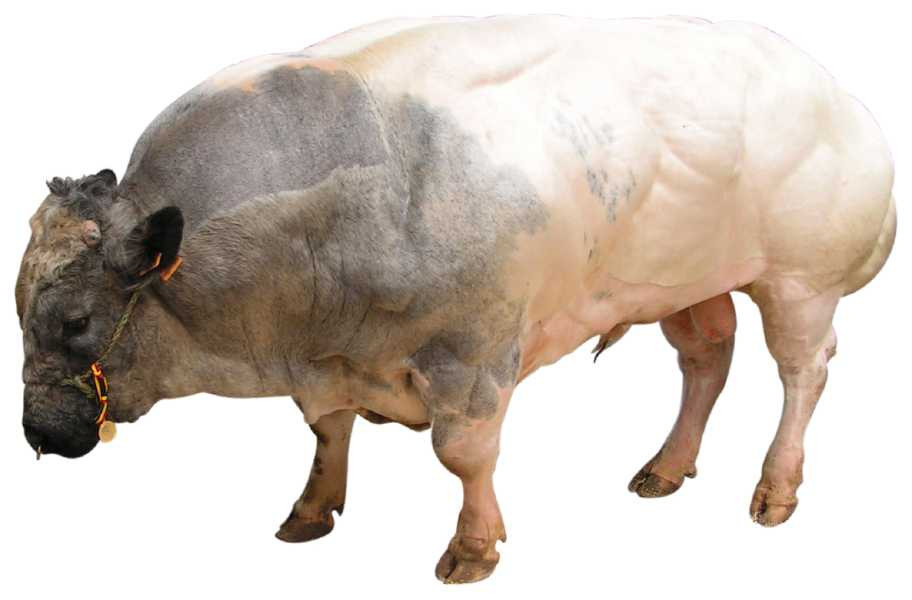 So is there a way to reduce myostatin naturally or even a way to inhibit myostatin totally, so that the average person can benefit from these impressive gains?

The information in this article is relevant to everybody who wants to be their very best. It’s not targeted at bodybuilders exclusively. Anybody pursuing any kind of physique improvement needs to know this information if they want to accelerate their body transformation.

If you smoke: stop! Now!

This study contains the following statements:

If you smoke, show yourself some love and commit to quitting.

Aside from the many serious health conditions linked to smoking, it’s now clear that smoking increases myostatin expression and sabotages your efforts in improving your physique.

If, like me, you grew up idolizing the bodybuilders of the 1990s, then split routines will be familiar to you. A split routine is where the body is split up into separate parts, and only one or two body parts are trained per session.

If you’re still training in this way, it’s time to think again.

This study took 40 men and separated them into four groups, each training:

The results were fascinating.

However, the change in these endocrine markers is approximately twice as large if upper body and lower body training is combined.

So full body routines are the way to go if you want to inhibit myostatin and gain muscle. 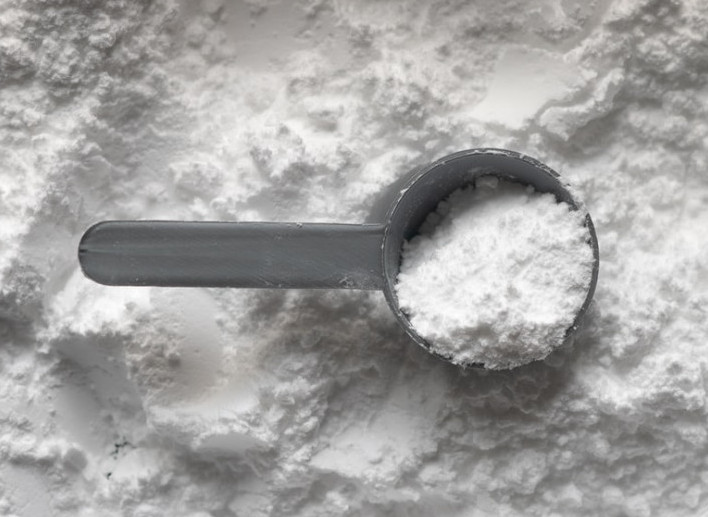 The effectiveness of creatine isn’t universal and there are some people who don’t derive any benefit at all from supplementing with it.

In my own experience however, I have found it to be incredibly effective in improving strength and building muscle.

In this study creatine supplementation was found to enhance the effect of exercise on reducing serum levels of myostatin.

If you’re interested in creatine, you may want to have a look at my article in which I look at the different varieties available.

Back in around 2009, I cleared out my garage to make room for some weights and began following a full body strength training plan. I was also supplementing with creatine, primarily to help me get through the arduous workouts.

As the weeks rolled by and I steadily increased the amount of weight on the bar each session, after just a couple of months, I was amazed to find myself lifting far beyond my previous personal bests on all major lifts.

I recall a friend who I’d not seen for over a year calling by and being visibly shocked at the change in my appearance. He asked me whether I was using steroids (I wasn’t) – such was the increase in my muscle mass.

Back then, I hadn’t even heard of myostatin, but in hindsight, I can see that I had inadvertently incorporated all the components required to reduce myostatin and was enjoying the resultant gains.

So I want to encourage you to incorporate these principles into your own life so that you too can benefit from lower myostatin.

An Apple a Day

One other thing. There is some suggestion that there are certain foods that block myostatin.

Some of the most interesting nutrients identified are called catechins, which are a type of flavanoid (chemicals found in plants). They are notably found in teas, fruits and vegetables – apple peel is a particularly rich source.

So should you go out and binge on apple peel? No. But you should be focusing less on the amount of protein you consume and more on the variety of vegetables and fruits you eat.

The body of research grows by the month supporting the synergistic effect of combining different fruits and vegetables.

It seems to me that a decrease in myostatin levels is the natural consequence of making the right choices in terms of diet and exercise.

Stick around and I’ll help you with those choices.

2 thoughts on “How to Reduce Myostatin Naturally For Limitless Muscle”

We use cookies on our website to give you the most relevant experience by remembering your preferences and repeat visits. By clicking “Accept”, you consent to the use of ALL the cookies.
Cookie settingsACCEPT
Manage consent

This website uses cookies to improve your experience while you navigate through the website. Out of these, the cookies that are categorized as necessary are stored on your browser as they are essential for the working of basic functionalities of the website. We also use third-party cookies that help us analyze and understand how you use this website. These cookies will be stored in your browser only with your consent. You also have the option to opt-out of these cookies. But opting out of some of these cookies may affect your browsing experience.
Necessary Always Enabled
Necessary cookies are absolutely essential for the website to function properly. These cookies ensure basic functionalities and security features of the website, anonymously.
Functional
Functional cookies help to perform certain functionalities like sharing the content of the website on social media platforms, collect feedbacks, and other third-party features.
Performance
Performance cookies are used to understand and analyze the key performance indexes of the website which helps in delivering a better user experience for the visitors.
Analytics
Analytical cookies are used to understand how visitors interact with the website. These cookies help provide information on metrics the number of visitors, bounce rate, traffic source, etc.
Advertisement
Advertisement cookies are used to provide visitors with relevant ads and marketing campaigns. These cookies track visitors across websites and collect information to provide customized ads.
Others
Other uncategorized cookies are those that are being analyzed and have not been classified into a category as yet.
SAVE & ACCEPT