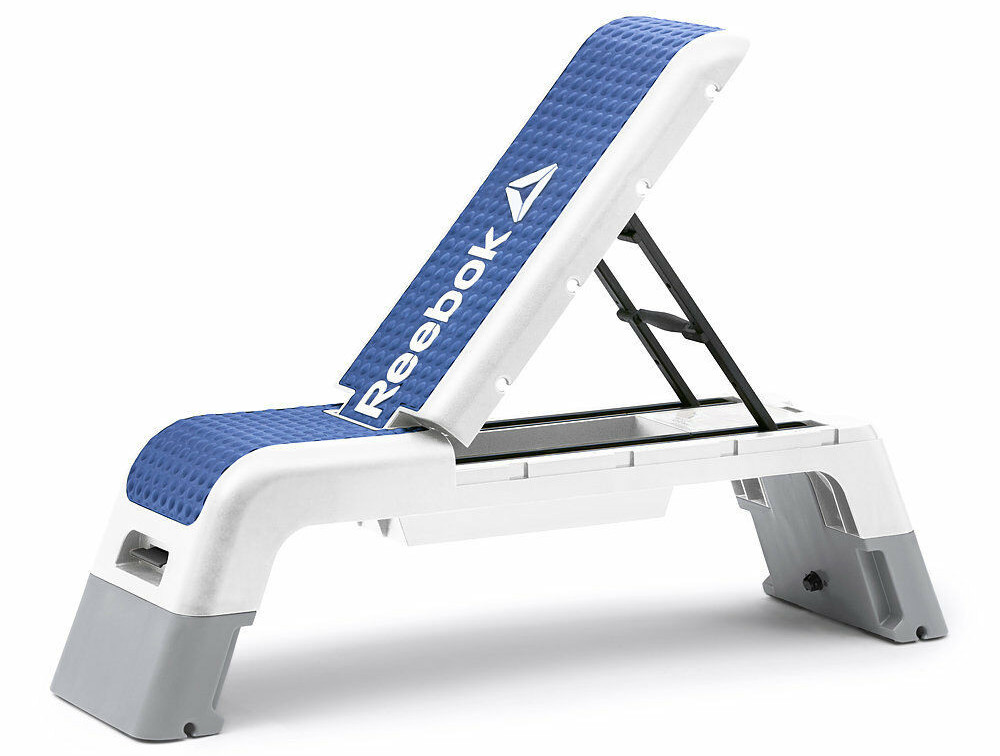 If you’re reading this article, chances are that you know what the Reebok Deck is and have been kicking yourself that you didn’t buy one when they were available. I write that, because as of December 2020, they appear to be very hard to find to buy online.

Initially, it appeared that they may have stopped being manufactured as the most recent reviews seemed to be from 2018. However, the Reebok Deck website is still live, so if you are hoping to pick one up, all may not be lost.

What Was the Reebok Deck?

The Reebok Deck was an aerobic step with a difference: it featured an adjustable bench and attachment points for elastic fitness bands.

It also had foldable feet that could be used either to raise or lower the height of the stepping platform, or to decline the bench on one side.

I bought mine back in 2014 and here it is today, still functioning exactly as it was designed to: 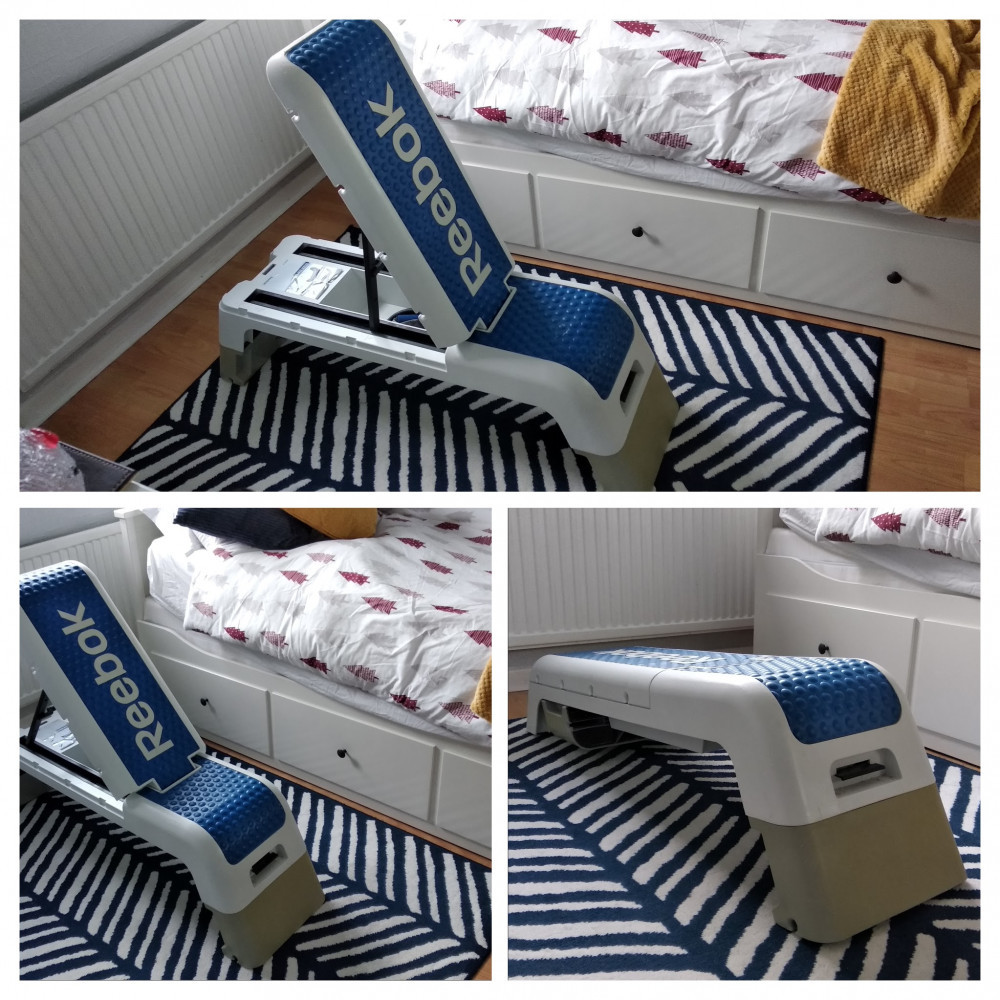 What a unique piece of kit!

It’s possibly the perfect piece of home workout equipment for all the family to use.

What’s So Good About the Reebok Deck Workout Bench?

The Reebok Deck is predominantly an aerobic step, but in our house, it is used as a weights bench at least 80% of the time.

As you can see in the pictures, it is incredibly versatile, allowing the user to configure it in a number of ways to allow the following exercises:

In addition, sit ups or abdominal crunches can be performed on it, and it can be used in it is flat settings in exercises such as Bulgarian squats and triceps dip.

The thing I was most impressed when I first bought it was it is sturdiness. At that time, I weighed around 75kg and would dumbbell press 35kg dumbbells and the bench felt completely secure.

When in use as a weights bench, the Reebok Deck is considerably smaller than even a typical dumbbell bench so works incredibly well for a small room gym setup.

Whenever the bench isn’t being used, it is easy to fold down the feet and slide it under a bed or tuck it away in a wardrobe.

What Isn’t So Good About the Reebok Deck?

There’s little I can tell you about the negatives for the Reebok Deck, as it fulfills it is design objectives brilliantly, both as an aerobic step and as a weights bench. 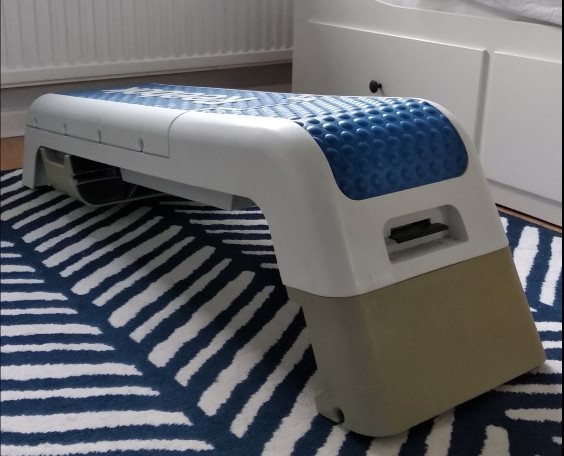 Compared to a typical aerobic step, it is heavy – weighing in at around 13kg. It’s also somewhat unwieldy to move around the house. But these things aren’t a problem if it is going to be generally situated in just one room.

It’s constructed from some very tough plastic, which means that if you’re going to be doing some heavy dumbbell presses on it, you’re going to want to put down one or two folded towels to act as a back rest.

The same applies if you’re going to resting a knee on it during dumbbell bent over rows. Put a towel down first though, and you’ve got a comfortable rock-steady platform.

The only area which may put off a potential buyer is the price. They retail for between $200-$340 (£150 to £250) which may seem expensive if you view the Reebok Deck purely as an aerobic step.

It may still seem expensive if you viewed as a compact weights bench. However, if you view it for what it is: a quality piece of versatile fitness equipment capable of being used by the whole family for both aerobic and resistance workouts and it begins to make more financial sense.

Where Can I Buy the Reebok Fitness Deck?

As of December 2020, there are some online stores still stocking the Reebok Deck, but they appear to have spiked in price compared to when I bought mine back in 2014. If you are struggling to locate one, I have found two other brand items which seem to match the Reebok Deck for features and they are available at a similar price.

Is the Reebok Deck a Good Investment?

Absolutely! I bought my Reebok Deck back in 2014 and it is still used regularly, particularly when I feel the need to change things up from my body weight workouts and lift some weights.

After 6 years, nothing has broken on the Deck, it is still as rock solid as the day I bought it, and it is a pleasure to use.

In fact, the Reebok Deck is such a great piece of fitness equipment that I’ve award it the very first ever MySmallSpaceWorkouts Awesome Award!