If you’re short on time, can’t get to the gym, are away from home, or recovering from injury, then this resistance band chest workout will be perfect for you. Does a resistance band workout mean a less effective workout? Not at all. See this article where I set out the scientific case and benefits of working out with resistance bands. 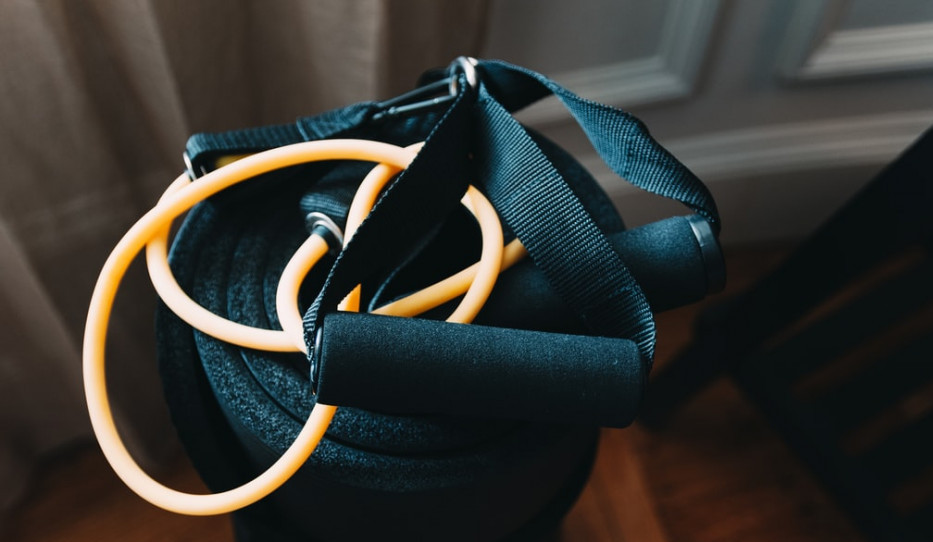 There’s no doubt that a well muscled chest is a crucial component in any aesthetic physique. Only hard work will deliver the perfect pecs that you’re aiming for, but that doesn’t mean you have to spend hours under a bar loaded with weights. Training with weights is the most effective way to build serious muscle mass, but it’s not the only way. 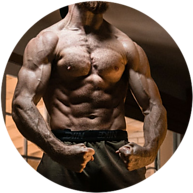 In this simple chest routine we’re going to use resistance bands and press-ups to hit the lower, mid and upper chest with equal intensity. We’re also adding in two variations of band pullovers to extend the thoracic spine and improve shoulder mobility while giving the chest a little break between rounds.

For a solid example of the standing resistance band pullover, see this video:

In total there’s 270 reps built into this workout, so what it lacks in resistance it more than makes up for in volume. And if you didn’t already know: volume = gains.

This workout centres around the resistance band chest press, so let’s have a brief look on how you’ll be performing this exercise.

Partial Reps – A Hack For an Awesome Pump

This is the secret sauce that will double the effectiveness of each rep. You will have noticed that in the starting position, there isn’t all that much resistance, whereas at the closing position the bands are really working against you.

If you perform a rep in the traditional way as set out above, your chest will be missing out, as it is your triceps that get most of the benefit of the increasing resistance towards the end of the movement as you lock out your elbows. 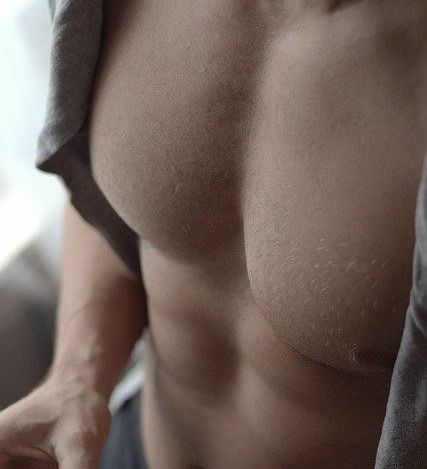 To shift the emphasis of the movement on the chest, you’re going to go from the starting position, where your elbows are behind your body, to pressing your arms out in front of you until you are 3/4 of the way to locking out.

Now return to the starting position and without pausing proceed to push your hands out fully to lock your elbows as described in step 5, above.

This constitutes one rep.

By performing the chest press in this way, you are negating the main disadvantage of working out with elastic bands: which is the variable tension throughout a movement. You do this by effectively doubling the workload for the beginning part of the rep which suffers from less resistance.

You’re also increasing the time your chest is under tension, which some people say contributes to muscle growth.

This Is The Ultimate Resistance Band Chest Workout

You may have noticed that unlike a lot of other guides on how to perform the resistance band chest press, I do not advise that the elbows flare out. This is to protect the rotator cuff.

When performing the resistance band chest press from a low anchor point (underneath the door), this is analogous to an incline chest press which focuses on the upper chest muscles and the showy pec-dealt tie in. At the end of the movement your hands should be higher than your head.

When performing the resistance band chest press from the high anchor point (above the door) this is analogous to a decline chest press which focuses on the lower chest muscles. At the end of the movement your hands should be about level with your navel.

How Was It For You?

If you got through the entire workout, drop me a note below and let me know how you got on. Expect to be sore tomorrow (but in a good way!).

Here’s to your perfect pecs!!